Hi, I’ve finished my second skin today and like to share it. This skin uses some parts of tsons 5150 skin (mainly the movie information part)

Big thanks to excal and tson for their great skins!

Important:
Don’t use this skin, if you:
– hate nifty bugs, even they are small
– your YAMJ Version is less than r857 and you don’t want to upgrade it

The benefits are:
– it uses the new TV Show episode feature (therefore you need at least r857)
– it shows a lot of the fanart background
– there a lot configuration possibilities
– it has some features like (show/hide poster, show/hide detail info)
– it supports different transparency levels for different background parts, e.g. plot background transparency can be darker than episode list or detail infos.
– it can show the episode names instead of s01E03, …

– Updated with changes required for the later YAMJ releases by BanditRider

** rev. 0.4 (2009/04/05)
– bugfix/feature: more than 25 episodes don’t brake the layout anymore.
now only 20 (adjustable) episodes are shown. With
pageDown/pageUp they are changed to the next/previous
20.
– bugfix: more than ~ 30 episodes don’t bother javascript handling anymore
tested with 205 episodes on one page
– bugfix/adjustment: if file-infos are shown below the plot, the trailers
are there, too. So the links are reachable with "down".
This is more a workaround than a fix.
– bugfix: Video info for "tv shows" shows the correct icons again
(xvid, h264, …)
– bugfix: .iso, .nrg, .mdf files should be played now
– bugfix: several small bugfixes and template changes
– feature: show/hide episode infos with "menu" button
– feature: hide all but fanart (blue)
– feature: on episodelist its now possible to turn off the play images
to have more place for the title (TV-Show Option #7)
– changed: skin uses the new videoimage.width and height feature
– changed: index page is updated to a newer version of the default skin
– changed: truncation of episode titles doesn’t use truncate_phrase template anymore
it is cut after 25 chars, now (amount is optional – TV-Show Option #8)
– changed: episode nr. (list) changed to 01.-n, now (instead of "e01 – "-"eN – ")
– changed: moved $mplotHeight to movie options in ppp-options.xsl
now its possible to adjust the plot length with this
variable (Movie Option #7)
– changed: changed function to disable UNKNOWN fileImages so that it
works with newer YAMJ versions (r918+)
– changed: nearly all JS
– changed: actors.max.cnt from 6 to 5
– changed: optimized video details templates

** rev. 0.3 (2009/04/05)
– bugfix: &amp in Tv-Show titles on index pages are shown correct now
– feature: skin.reverseEpisodeOrder is supoorted now
– feature: viedoOutput can be displayed with three Images: FullHD, HalfHd and SDTV
if you do not like this feature, set $showOutputAsImage to false
(ppp-options.xsl – General Option #8)

** rev. 0.2 (2009/04/04)
– bugfix: &amp in Tv-Show plot and titles are shown correct now
– bugfix: infoTogglesPoster=false works now
– bugfix: movies with video_ts folder do not get telecine as source
– bugfix: multipartmoviehandling=classic works now
– feature: now its possible to show the movie infos (source, video, …)
below the plot (set $showInfosAtTop to false). I recommend
to set $showInfosAtStart to true, otherwise this feature looks
wired.
– feature: now its possible to reach the trailers with a TVID shortcut.
There is an option to set a prefix number previous to the trailer
number, so that you can press e.g. "11" to play the first trailer.
I set this prefix, so that TVIDs for movie parts can have numbers
1-n. If there are no movieparts the prefix will not be used.
– minor template changes
– TV-Show titles have some more place, so that they won’t break too early
(Terminator: Sarah Connor Chronicles is possible now)
– i’ve added an SDTV Icon (not very pretty) to the detail infos. It will be
shown if videosource or fileURL contains satrip.
– diverse template changes to tidy it up a bit

Feel free to use it and let me know any errors! Remember – the episode images will only work with YAMJ builds r857+! 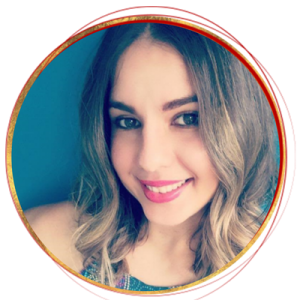